The Improvisation of Space

While doing research on and lecturing theory in Urban Design, I found myself noticing something almost too simple to discuss – the common reliance in urban studies on the concept of “the city as product of everyday practises” which, while putting action to the fore, has little regard for any theory of action. In other words: In an era of the emphasis on practises in the urban studies I saw it as important that there should be no silence about the model of action implied in this fundamental concept and that there is a need to redefine or clearify this model. In this way I attempt to offer a new understanding both of what we do, when we make the city or what we do, when we analyse and represent this making.

I want to stress two aspects: Firstly, the relational field of interaction which constitutes the city is an affecting structure, inspiring, transforming as well as constraining. Henri Lefebvre has coined this as the “Production of Space”[1]. However, while looking closer at this phenomenon one finds that the teleological concept of production is constantly undermined by the performativity as well as the indeterminacy of real urban action. Consequently, one of the key concepts that I introduce in this lecture is that of defining this meeting as improvisation technology, understood as a mode of working constructively with disorder in a community of things and humans. The second aspect is, that while doing research on the city one encounters the astonishing wonder that the series of actors, things, discourses and sites that constitute the city - in spite of their heterogenity - function together. What brings them into functioning? To explain how this works one has to understand the city not only as a product but also as a medium that operates diagrammatically. To shed light on how diagrammatics and improvisation are related in the making of the city, is one of the main objective of this lecture. Having said this, it is important to apprehend, that the practise of improvising the city described here influences how one represents, conceptualises and frames it.

Christopher Dell (Dr. habil.)
is a theoretician and composer. Currently, he teaches as Professor for Urban Forms of Knowledge, Organisation Theory and Relational Forms of Practice in the research and teaching programme Urban Design at HafenCity University Hamburg. He held a similar position at Technical University Munich. Dell is also director of ifit, Institute for Improvisation Technology, Berlin. His international experience includes teachings for the Architectural Association, London, the University of the Witwatersrand, Johannesburg, Columbia University, New York and Academie for Bouwkunst, Arnheim. He is interested in practices and the organisation processes in the contemporary city. In trans-disciplinary work constellations he attempts to conceptionalize relational forms of action as procedures and to render them fruitful for research and design. 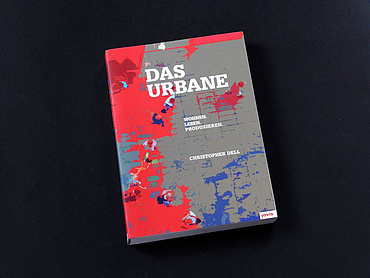