Daily rituals: the biocybrid body and the naturalization of technologies

I have always taken into account the human factor when investigating interactive technologies in their potential to transform ways of living. How can we understand types, levels and intensities of changes in post­biological, post­human, neo­biological, trans­human life installed by technologies? At the end of the 20th century, when interactive technologies – and mainly the inclusion of the WWW,  my artwork has evolved from interactive Media Art to enactive affective systems in terms of Art and Technoscience, along with developments in biomedical engineering and investigations in aesthetics, physiology and synaesthesia. Enactions are part of philosophical discussions. Aristotle’s poetics and enactment theories are the remote references for creative levels and the understanding of our relationship to human and environment in the “drama of life”. Chilean philosophers Humberto Maturana and Francisco Varela are references for discussions on the mutual influence of organisms with the environment and autopoietic feedback. Phenomenology, cognitive sciences, and biomedical engineering laws, provide the foundations for our practices by building a set of concepts and metaphors resulting from enactive systems . We  I consider perception and actions in terms of  Varela, Thompson and recently Noë’s theory . The expanded sensorium in the postbiological context  faces the “transformation du vivant” (Poissant and Diebner) and Ted Krueger’s contribution on prosthetics and sensoriality. We also  expand the discussions to the Spinozan body, which is affected and endowed with the affective ability to communicate with the environment when enacted by the rates of EOG, EMG, EEG, GSR sensors. The signals recognize the body/environment affection intensity of heat, cardiac output, respiratory flow, muscles activity, tactile vibrations, and other measured sensations gained by sending and receiving signals during the intertwined relationship with the environment and data, i.e. the biocybrid enactive affective system responses. The ouroboric perception comes true. It appears in complex feedback, similar to when the serpent eats its own tail. So, we expand kinesthesia, body movement  proprioceptive schemes of  motion sensors’ activity. We recognize the environment through synaesthesia, by adding physiological data from all properties by signal processing, skin temperature, heart rates, cardiac flow, breathing, and muscular rhythm. Human actions in enactive affective processing systems and the processes of knowing, learning and teaching affections generate living maps and affective geographic narratives in an ouroboric perception. The tradition of mestizaje of ouroborus bites in a constant feedback and autopoietic condition highlignt the Ouroboros encircling the earth and eating its own tail  related to the returning cyclical nature, selffecundation; disintegration and reintegration; truth and cognition; self regeneration, the idea of beginning and end.

Prof. Dr. Diana Domingues, is the founder and the Director of LART (Art and TechnoScience Research Laboratory, Brazil). She is a CNPq researcher PQ1 A at the National Research Board, Ministry of Science Technology and Innovation, She actuates as a senior Professor at the PostGraduate Program in Biomedical. Engineering at UnB FGA Gama and at the PostGraduate Program in Science and Technologies in Health at UnB Ceilândia. She also is a Researcher Collaborator at the Computig Institut – UNICAMP at the Socioenactive Group UNICAMP FAPESP. She received the Grant of the National Program of Visiting Professors (PVNS/CAPES of the Ministry of Education, (2010 2014), Brazil. She holds a postdoctoral degree from ATI – Art & Technologies de l’Image, Université Paris VIII, and a PhD in Communications and Semiotics from PUC São Paulo. She traced the plan of ‘New Leonardos’ in Brazil at the University of Brasilia and UNICAMP, based on the creative minds of artists and scientists to redefine the boundaries of Art and TechnoScience, investigating innovative practices for contributions to contemporary forms of Art. Her actions are related to international collaborations such as at MIT – Camera Cultura/CNPq,Advisory Board of the Program MediaAC, Department for Image Science (Danube University Krems), and OCADU in Toronto, editorial Board of Digital Creativity, consultant and advisory member in events of Societies ISEA, Leonardo and others. Publications of high impact at IEEE, ISEA, Leonardo, SPIE, Siggraph, Editorial results including around 15 books in Anthologies, Journals, special issues and the landmark books at EDUNESP.

She is the author of approximately 100 chapters in books and articles in journals of Harmattan, Presses UQAM, LAVAL, and other publishers in Mexico, Spain, Italy, France, the UK, China, Japan, and the US, including Leonardo and Digital Creativity. She is a reference in Latin American Contemporary Arts with over 50 individual exhibits, and over 130 collective exhibitions in São Paulo Biennials, Bienal de la Habana, Bienal do Mercosul, HKW (Berlin), Maison Européenne de la Photographie Paris 2005, Museum MN Belas Artes (Rio de Janeiro),Buenos Aires,  UNAM Mexico, MAM  Buenos Aires, São Paulo MAC (São Paulo), and in galleries and museums in France, Italy, Sweden, the US, Greece, China, Mexico, Peru, Argentina and Colombia. She has curated international events such as Ciberarte Zonas de Interação (II Bienal do Mercosul), engaging with over 300 scientists and artists. 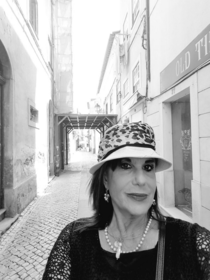 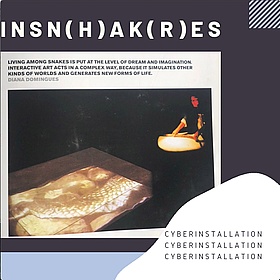